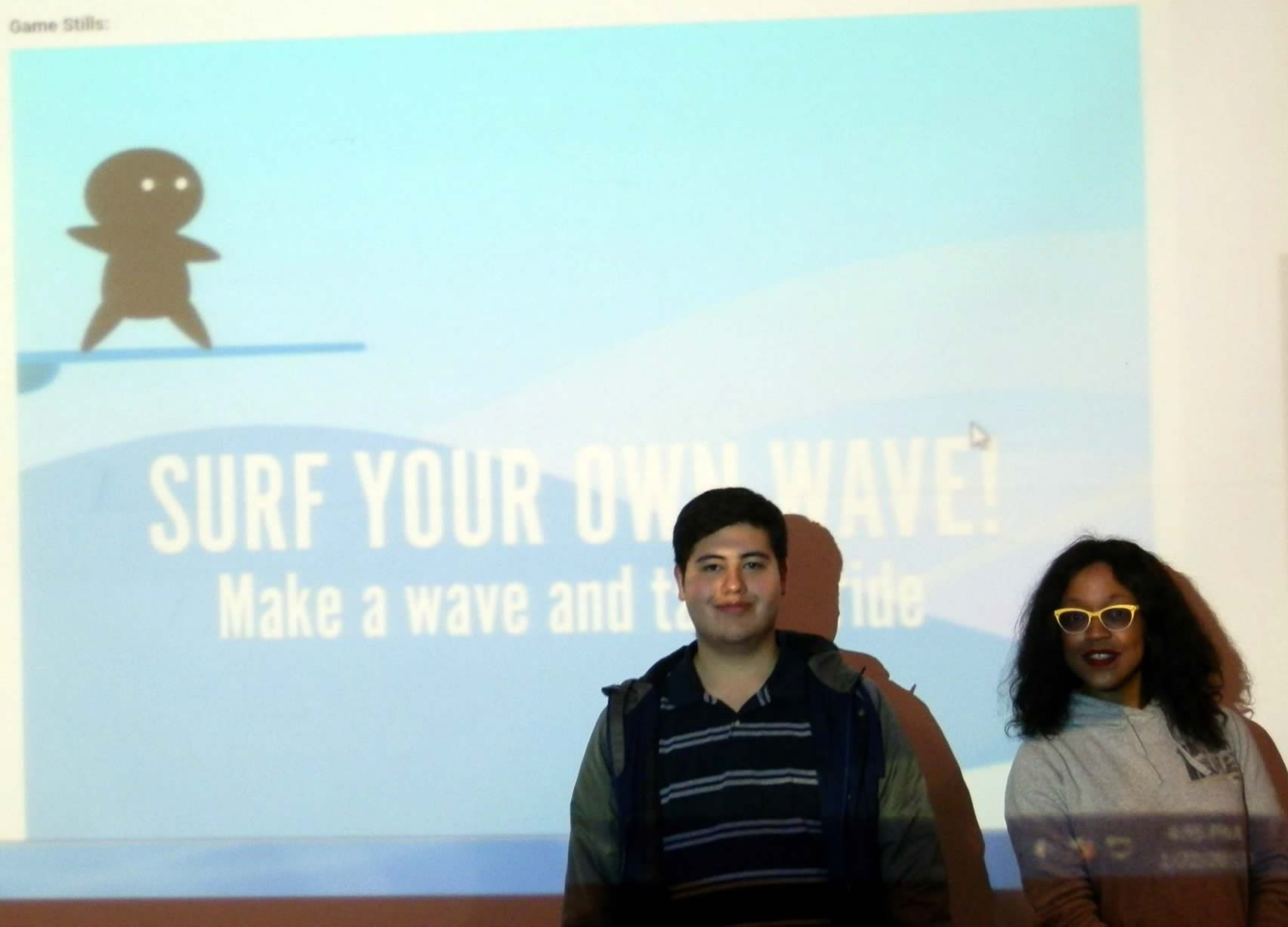 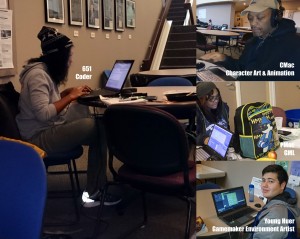 Team PETAL et al. Successfully Completed Another Global Game Jam During this Year’s Annual Event in Chapel Hill, North Carolina
PETAL et al’s team jammed the weekend (January 20 – 22, 2017) at the UNC Chapel Hill site in North Carolina. The team of three with one guest team member presented two video games (one being a simulation) within 48 hours.
The first project, “Inchworm Simulator”, was created using GameMaker Environment Art (Young Huer), GML coding by
PMac (Pamela McMillan).and CMac (Clarence McMillan) designed & animated the character for the Inchworm simulator. Hard coding by team member 651 (Michele McMillan) in Javascript produced the second game. 651 started out with a game engine, but determined it would be quicker and would allow for more flexibility and customization if she hard coded the “Surf Your Wave!” game instead. She completed that task in less than twenty four hours, after working on the Inchworm Simulator.
In addition to GML (Gamemaker Markup Language), PMac provided for Inchworm, she also contributed background vocals to a third game during the jam known as “Wet Willie” for one of the other teams.
Global Game Jam is an annual event held toward the end of January whereas developers all over the world come together and develop games within 48 hours during the weekend at different sites across the globe. It is not a competition, but a collaboration where people work together to get games completed.
There were 68 participants at this year’s Global Game Jam’s Chapel Hill site.
. 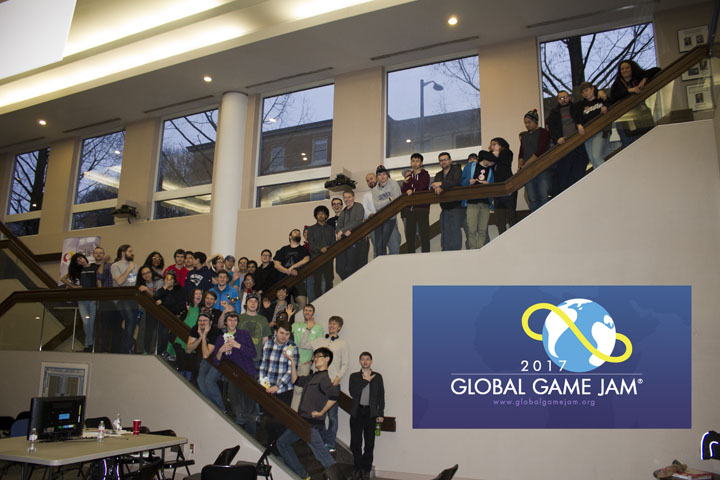