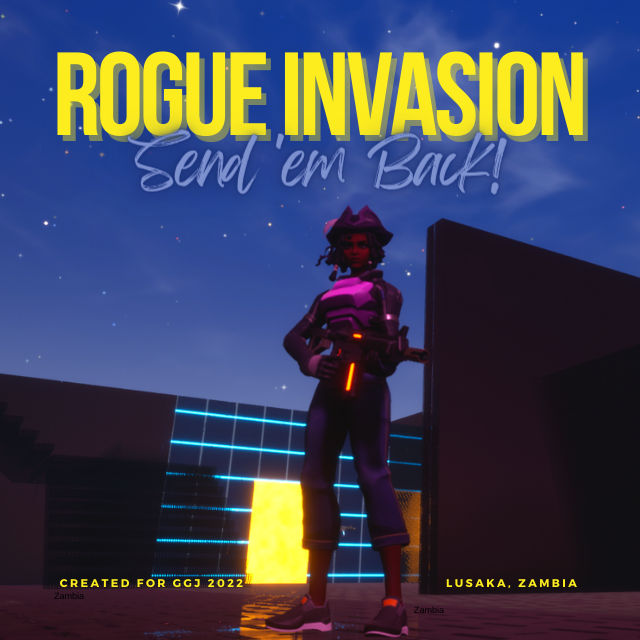 This is an intense battle to restore order. The exit system to the Nirvana outpost has malfunctioned. Demons that were banished have re-entered through the waterfall portal the outpost warriors sent them to. Your mission is to help send them back to the depths they came from, but one of them is an ally divided in its loyalty to its former minion companions and its alliance with you! How will you know it is on your side, and do you have enough health to risk finding out? You got one life. Guard your health! Tip: Replacement rifles throughout the game just outside of the illuminated doors. If your weapon is malfunctioning, change it right away.

This is a single and multiplayer game. Created during GGJ 2022 within 48 hours: Decided to try the Core Game Engine for the first time because they appear to be a dedicated GGJ Sponsor. They support the game development community with an awesome free tool, and Unreal Engine is under the hood. Read a lot of good things about it online as well as the enhancements users would like to see implemented. Considering the tradition of GGJ, we decided to work within the confines of 48 hours and give it a try. It did not disappoint. Great tool for beginners to advanced users. After all, it is powered by Unreal Engine.

It is also a great tool for rapid development, prototyping and proof of concept with outstanding visual quality for potential game investors. It would be an excellent tool if it had an import and export function for further customization, but there are plenty of built in meshes for building custom objects. You can also customize the code with the Lua programming language.